Using spatial signatures of impending state change (a spatial version of critical slowing down), we are assessing the likelihood that fire-prone forests in the U.S. will experience a catastrophic shift to a different system state. In forest systems that rely on dispersal of propagules to repopulate areas after a wildfire kills all overstory trees, theory tells us that departures of forest patch area distributions from a power law function may be a precursor to a state change.

The first step in this approach is to determine where complete overstory mortality has occurred as a result of wildfire across the conterminous United States in a consistent and programmatic fashion. To do this, we are using a newly-published model that I helped write (led by Sean Parks) on a comprehensive dataset of fire perimeters.

Malcolm North, Chhaya Werner, Stephen Fick, Andrew Latimer and I developed an approach to quantify wildfire severity and local-scale forest structural variability for over 1000 fire events in California's Sierra Nevada mountain range. We found that greater variability in forest structure reduced the probability of high-severity wildfire at a system-wide scale. This represents a feedback that links past and future disturbance via forest structure and suggests that management action that restores forest structure variability has a better chance of promoting long-term forest persistence because it harnesses this feedback. This work was recently accepted in Ecology Letters, and the submitted version can be found as a preprint on EcoEvoRxiv.

We used Google Earth Engine for this effort, which is a cloud-based GIS. The promise of this approach is that we can write and upload javascript code with our analyses and then outsource the computationally intensive image hosting and processing to Google. With this effort, we also released a new dataset of wildfire severity for the Sierra Mountain range which more than doubles the number of fire events that have a severity assessment compared to the previous regional standard. 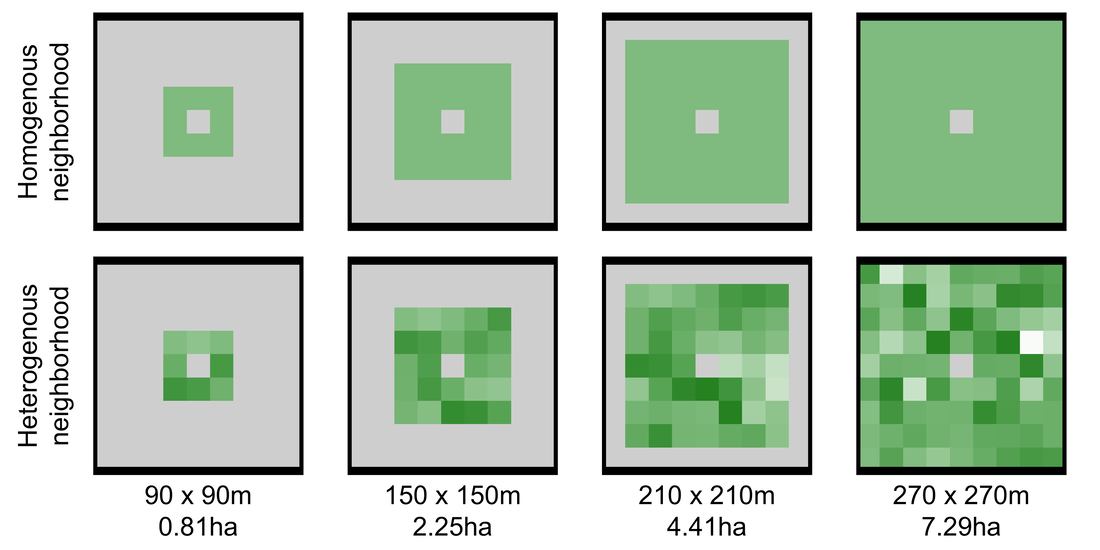 I am working with Dr. Chris Fettig of the USDA Forest Service to document the spread of the western pine beetle along a 350 km latitudinal gradient and a 1000 m elevational gradient in the Sierra Nevada of California. The western pine beetle is a 'primary' bark beetle that attacks and kills live ponderosa pine trees (its host) in order to reproduce. The climate change-type drought in California from 2012-2016 created conditions that favored rapid beetle population growth and expansion of these native tree predators.

We used drone surveys across a network of field plots, covering a total of 9 square kilometers of forest and taking over 450,000 photos, which allowed us to generate three-dimensional models and orthomosaics of the forest using a technique called structure from motion photogrammetry. Using these photogrammetry-derived products, we are able to measure and classify the trees in a 30-hectare area around each of 32 sites.

We found that both broad-scale environmental conditions and local scale forest structure and composition were strong predictors of host tree mortality. Higher historic climatic water deficit, a greater local proportion and density of host trees, and larger trees all increased tree mortality rates. We also found a strong interaction between tree size and climatic water deficit. Larger trees were particularly strong drivers of mortality in hotter/drier sites. This finding challenges our understanding of western pine beetle outbreak dynamics and shows that climate change adaptation strategies should expect cross-scale interactions to play a role in disturbance outcomes as those disturbances become more frequent and intense with climate change. This piece of this project is now published in Nature Communications.

One future direction for this work is to use information about the size and distribution of attacked trees to parameterize an agent-based model that we can then use to simulate western pine beetle outbreaks in forests with different tree densities and sizes. 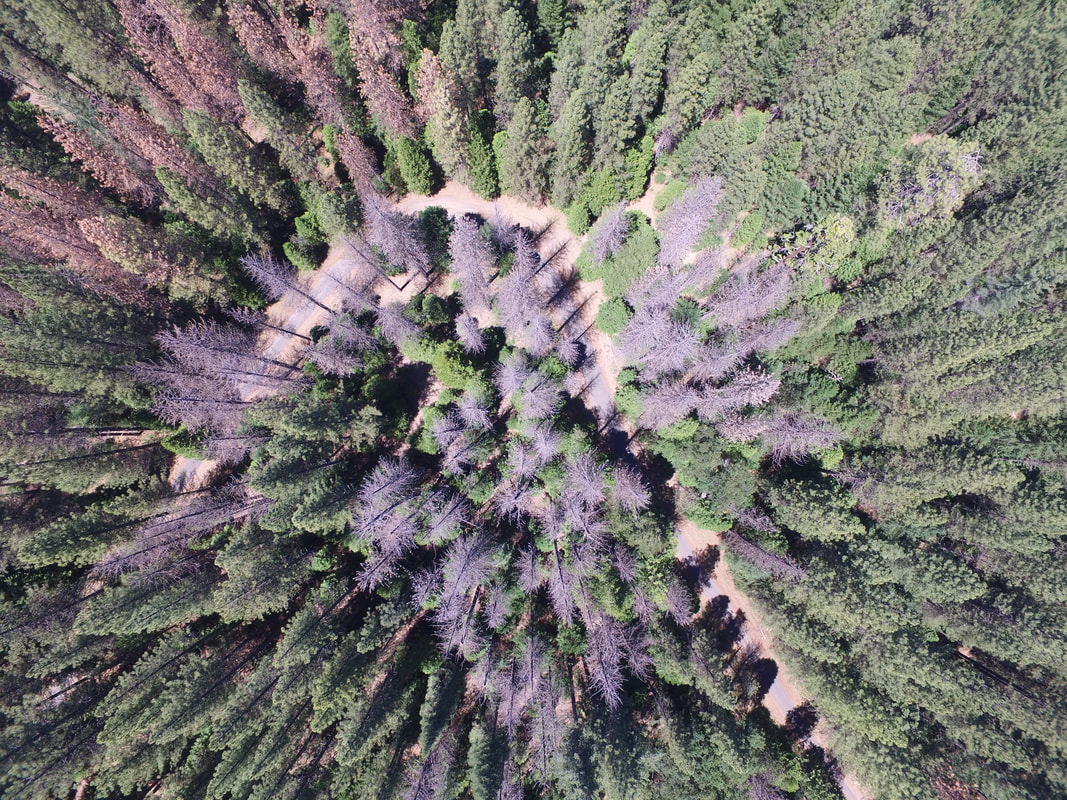 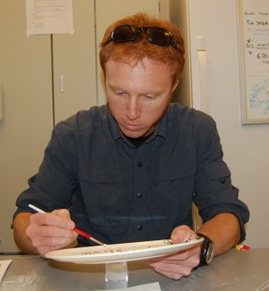 What factors influence the ability of a population to persist in a novel habitat?  Whether we’re trying to understand what makes an invasive species successful, reintroduce a rare species to its former range, or effectively release a biological control agent, understanding the fate of introduced populations is critically important.  Also, because of its relevance to a broad array of stakeholders, this kind of research presents an excellent opportunity for ecological and evolutionary theory to unite with application and guide resource management practices.

Propagule pressure, comprising the number of introduction events to an area as well as the number of individuals introduced per event, emerges as arguably the only  common predictor of successful introductions.  But which component is more important?  Theory suggests that the degree of variability in the environment might affect the answer to this question, but experimental work is needed to validate these hypotheses.

I'm using the Tribolium flour beetle as a model system to experimentally test the importance of multiple introductions on founding success in both stable and fluctuating environments.  By understanding how multiple introductions and environmental variability play into the persistence and evolutionary trajectory of an introduced population, we will hopefully be able to make more informed population management decisions on the ground.
The paper for the first part of this work was published in Ecology and Evolution: Parsing propagule pressure: Number, not size, of introductions drives colonization success in a novel environment