Topography creates variations in climate at the scale of 10s to 100s of meters. This heterogeneity may buffer biotic responses to climate change by providing a local source of warm-adapted species or enabling cool-adapted species to persist in local refugia. Both of these mechanisms assume that communities vary with the topoclimate heterogeneity, but It is unclear whether these assumptions are appropriate. We installed 50 woody vegetation monitoring plots and collected climate data at the same scale to determine the degree to which topoclimate variation explained community turnover of woody, canopy-dominant species across a relatively small spatial extent.

We found that topoclimate variation does indeed explain woody community turnover, but only weakly. Other processes, such as dispersal limitation or a legacy of disturbance history, may be more important drivers of community variation at the topoclimate scale.

The success and failure of tree seedlings will shape forest dynamics in a changing climate. Manipulating temperature in an experimental setting allows us to make causal inferences about how warming affects seedlings. The transition from a seed in the soil to a productive seedling can be complicated by seed dormancy, decomposition, or failure of the emerged seedling, all of which may be affected by a warming climate. These complications are difficult to quantify in warming experiments without destructive sampling, so the conclusion of a 5-year warming experiment by Dr. Rob Dunn and his colleagues offered an excellent opportunity to address them.

Plots were kept at ambient temperatures or elevated temperatures to simulate future warming. I collected soil, leaf litter, seedling locations, and a measure of the light environment (see picture) from each warming plot. I'll also collect leaf trait information for seedlings to see how well they were growing. All of these data together should paint a picture about how seed and seedling dynamics might respond to a warmer climate.

Demographic rescue can help populations, and evolutionary rescue is possible, but genetic rescue may be the most effective way to ensure long-term population growth.

This worldwide network performs long-term vegetation monitoring of alpine summits to track changes in biodiversity and to correlate them with changes in temperature on continental scales. We established new sites in the Panamint Range of California. 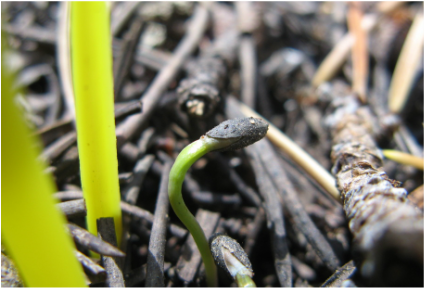 We recorded fine-scale temporal data on the germination and mortality of tens of thousands of planted Rocky Mountain conifer seedlings to investigate a potential germination bottleneck if tree species are to expand their ranges to upper elevations in a warming world. This large, collaborative effort is led by Dr. Lara Kueppers. 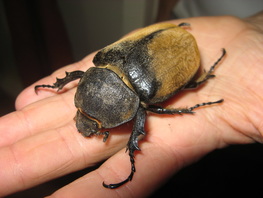 I had the pleasure of volunteering for Dr. Rebecca Cole on Costa Rica's Osa Peninsula where I helped initiate 5 different biogeochemistry studies in old growth and secondary forests in various stages of succession. 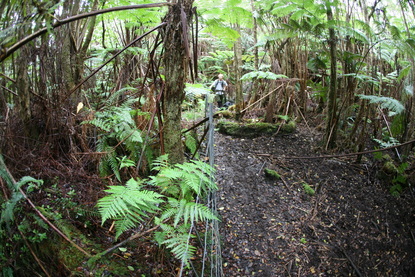 I worked with Dr. Rebecca Cole, Dr. Creighton Litton, and Dr. Christian Giardina to compare forest structure and composition across a chronosequence of forested areas from which invasive pigs were removed as a management practice. 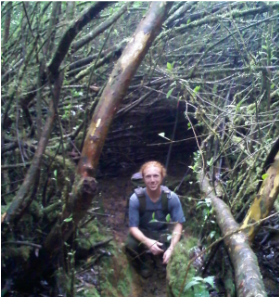 The goal of this ongoing project, run by Dr. Creighton Litton and Dr. Christian Giardina, is to quantify carbon pools and fluxes along an elevation gradient (spanning 5.2 degrees Celsius) in Hawaiian wet forests. Each of the forest patches along the gradient has the same dominant vegetation type, disturbance history, substrate age/type, and plant available water, so the influence of temperature can be isolated. 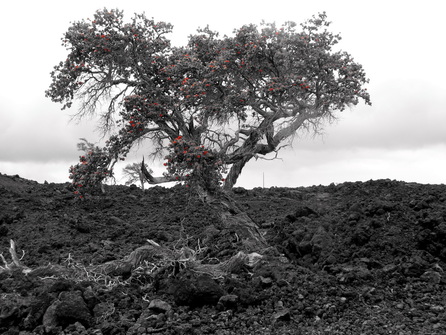 As part of Dr. Patrick Hart's lab, I permanently tagged and collected baseline measurements for forest trees along precipitation and elevation gradients. The distance of the Hawaiian islands from the mainland leads to a depauperate ecosystem, where a few tree species (especially Metrosideros polymorpha) can dominate in many ecosystems. We sought to characterize growth rates and mortality in these slow growing, common forest species across their mosaics of suitable habitat. 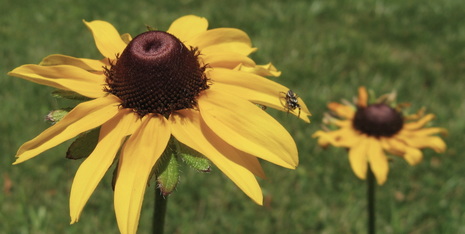 We grew native wetland plants for use in restoration projects in the Chesapeake Bay watershed. The nursery operation emphasized biodiversity, water conservation, and minimal use of pesticides.

Working with the State of Hawaii Division of Forestry and WIldlife, I constructed ungulate exclosures, sprayed pesticides on noxious weeds, and outplanted native species to protect some of the most pristine wet and dry forests within the state's Natural Area Reserves System. We also built trail as part of the Na Ala Hele program to facilitate access to Hawaii's public land. 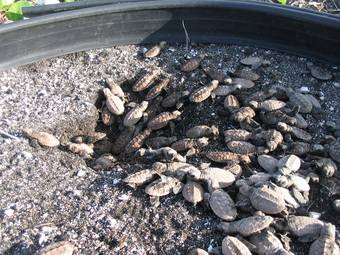 As a volunteer for Hawaii Volcanoes National Park, I took part in nightly monitoring of backcountry and frontcountry beaches on Hawaii Island for nesting activity of the critically endangered hawksbill sea turtle. We documented baseline behavior, tagged adult turtles, educated beach users, and aided hundreds of hatchlings in their journey to the ocean.